Yes we can Twitter: Barack Obama supporters use social media to show their support

Last night, I watched the Democratic debate between Barack Obama and Hillary Clinton. Like thousands of other Americans, I felt compelled to twitter this action. Twitter is a free online social media site that allows members to post short updates, or tweets, to their online profile and to others who have signed up to see them.

Upon logging in, I noticed something very odd. Many of my Twitter friends had Barack Obama-inspired avatars. Some were simply an image of Obama’s face, and others were unique designs based on his campaign logo. I clicked on one and a pattern started to emerge. Not only were my friends sporting Obamatars, but practically everyone had at least one Obamatars in their network.

Others express their enthusiasm for the presidential hopeful through the content of their twitters. Since you can twitter using a mobile phone or text messaging device, you can twitter from just about anywhere, including the Texas debate itself.

RedPenOfDoom sent the following twitter from the University of Texas Recreational Sports Center:

Most, however, twittered about the debate from the comfort of their own homes. Information about the debate intermingled with personal details give the reader a small glimpse into the average American’s experience watching the debate. Personal tweets become a sort of news feed, giving followers an editorialized play-by-play of the debate that they can read on the go or compare with their own impressions.

Aruni from Austin twittered the following during the debate:

“@jonl I’m tweeting a few comments on the debate. @acarvin is apparently tied up with goodnight moon. our kids are watching Backyardigans.”

“Obama: should not give feeling that meeting with US pres has to be earned gives impression we are better than rest of world. good point.”

As far as I can tell Barack Obama is the only presidential candidate taking advantage of Twitter as a social media tool. Obama’s tweets tend to lack the personal commentary that make for interesting reading, but his campaign has created a powerful social media brand by using social media sites like Twitter. Right now, Obama has over 6,000 twitter ‘followers’. The Obama Campaign also has a presence on other social media sites including Facebook, MySpace, YouTube, Flickr, Digg, Eventful, LinkedIn, BlackPlanet, Faithbase, Eons, Glee, MiGente, MyBatanga, AsianAve and DNC Partybuilder.

This the only debate-related twitter Obama has posted at the time this article is being published:

Excited to learn about winning the Dems Abroad primary today. Getting ready for the Texas debate. It will be live tonight at 8pm ET on CNN.

How to Create an Editorial Calendar

Our Most Popular Digital Marketing Posts of 2019

How PPC and SEO Work Together to Own Page One 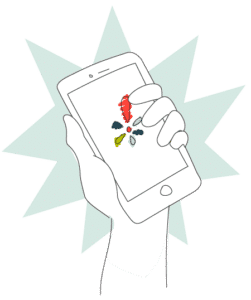